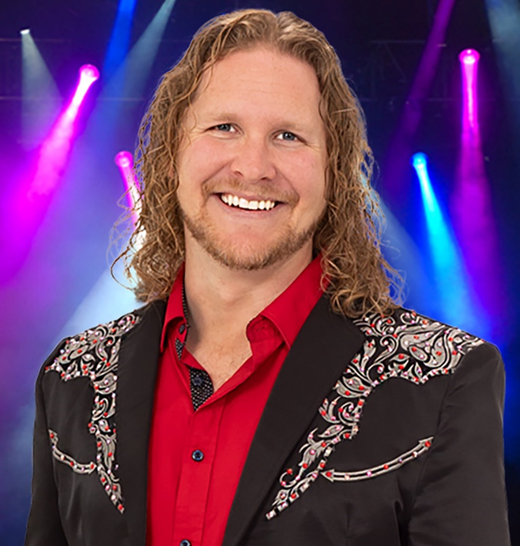 Barry Arwood has been performing in Branson since 2017.  His professional career began when he moved to Branson to perform in Smoke On The Mountain.  He has since performed with Branson shows including Silver Dollar City, Awesome 80’s, New Jersey Nights, Dancing Queen, and The Sons.

Mike Patrick, Grand Country General Manager, says, “Barry first popped up on our radar when I saw him perform on the 2021 Branson Show Awards presentation.  I was very impressed with him and he was the first name I thought of when I knew we were going to have an opening.  We’re very excited about the new dynamic he will bring to the team”

Barry is replacing eight-year lead singer for New South, David Ragan.  Ragan, who is originally from Michigan, is moving back home to be closer to family.  Barry is set to debut next week, and even though he knows how much hard work he’ll have to put in, he can hardly contain his enthusiasm.

“I’m very excited to be starting this new chapter of my career, and the fact I get to work with David before he leaves is great,” Barry said. “I told Mark McCauley (New South Bass Singer) I know there are some pretty big shoes to fill and I hope I can fill them the right way.  He said while they are all awful excited to have me, I should probably go ahead and bring my own shoes.”  Barry added, I’m very excited about this new chapter of my career at Grand Country.”