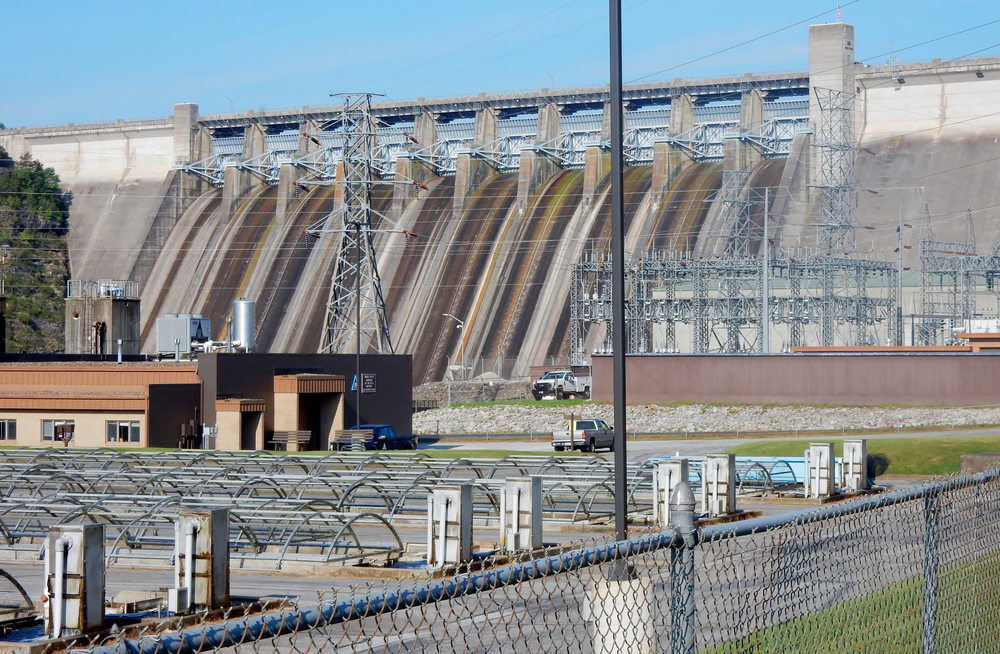 One thing we hear from group travel guides is that they want group tours for education. Branson and the surrounding area provide plenty of educational opportunities for guests who want to learn something new while on vacation.

Education group tours coming through Branson, Missouri, provide groups of any size a way to get to know this area’s history and natural beauty while offering several specialty museums to visit.

Take a look at our guide for some stops on an education group tour through and around Branson, Missouri.

Finished in 1958, Table Rock Dam is more than a mile long with 1, 602 feet consisting of concrete holding back the White River. The lake itself extends 79 miles upstream. It still generates 200,000 kilowatts when the spillways are active. The dam also provides flood control. Did you know the water at the bottom of the lake stays around 48 degrees Fahrenheit?

The visitor center and museum explain how the massive project came to be while serving the needs of the area. Shepherd of the Hills Fish Hatchery lets you see how the Missouri Department of Conservation helps keep local waterways stocked with trout as Missouri’s largest trout-rearing facility in the state. Not only can you walk the three miles of trails at the hatchery, but you can also see what happens when staff at the hatchery feed the thousands of growing trout on site.

College of the Ozarks

College of the Ozarks, also known as Hard Work U, is located in Point Lookout south of Branson. It features the Ralph Foster Museum, where you’ll see plenty of historical exhibits and artifacts that showcase Ozarks’ culture among three floors of space. Artifacts include an original log cabin built by an Ozarks’ pioneer, the truck from The Beverly Hillbillies, dolls from Rose O’Neill’s original Kewpie collection, and a Rolls Royce Phantom II built by F. Henry Royce himself.

Take a trip back in time to see dozens of antique clocks and pocket watches, the real-life story of Poker Alice, Masonic swords, and an exhibit of dozens of butterflies alongside a one-room schoolhouse. Stop by the Boger Gallery to see student-made art on display to see one-of-a-kind pieces you won’t find anywhere else.

Ride the mainline through the Ozarks on the Branson Scenic Railway. Traverse historic train trestles and train tunnels only used for passenger traffic while enjoying a meal on the train. After your delectable food, head up to the top to see everything from the transparent viewing dome.

You’ll get to see views of the Ozarks while reliving the romance of the rails when passenger trains were the way people traveled from coast to coast. One locomotive, BSRX 98, is a historic 1951 EMD F9PH rebuilt in 1981, which was once owned by B&O. The other locomotive, BSRX 99, is a restored 1962 EMD GP30M once owned by C&O. Engine number 98 looks like a classic diesel engine with a curved nose.

The passenger cars date back to 1939 through 1956. The tracks were laid in the early 1900s as part of the Missouri and Northern Arkansas Railroad, and the route traverses 50 miles of some of the best natural beauty in southern Missouri. You’ll learn a lot about the history of the area while you enjoy a historic trip back in time.

Are you an amateur spelunker? Marvel Cave at Silver Dollar City provides cave lovers with a unique view of the Ozarks’ underground. It was one of the first tourist attractions in the Branson area, opened in 1894. Spanish explorers first found the cave in 1541 before mining exploration started in 1869.

The Cathedral Room, the first room you see on your tour 500 feet beneath the ground, is the largest cave entrance room in the United States. Your tour lasts about an hour. You’ll finish the tour on a unique cable train that carries you more than 1,000 feet back to the surface.

Get know some of the unique museums in the Branson area as you learn fascinating history and facts about our world.

World’s Largest Toy Museum Complex lets you walk down memory lane to your childhood with more than 1 million toys from the 1800s to the present thanks to six separate exhibition halls inside one property. The Harold Bell Wright Museum showcases the history of one of the most popular novelists in the early 1900s. It was his Shepherd of the Hills book that started Branson’s rise to fame.

Head to Branson Landing to see the Shipwrecked Treasure Museum, housing hundreds of artifacts found on undersea expeditions to explore shipwrecks, many of which were funded by National Geographic and the Discovery Channel. You’ll see ancient coins, silver bars from World War II, restored artifacts from pirate ships, and clay pots from ancient vessels that transported cargo in the Mediterranean from the time when Athens and Rome ruled the Western world.

Car lovers and gearheads can stop by the Branson Auto & Farm Museum featuring classic cars and farm tractors from the early 1900s to the present. See a 1921 Ford Model T, 1929 Ford Model AA dump truck, and a 1913 International High Wheeler in addition to vintage fire equipment and classic tractors.

Have More Questions About Group Tours in Branson?

We’re happy to discuss a group tour for you, including a stop at Grand Country for some classic songs, great comedy, and smiles all around.

Contact us or fill out our group tour form, and we’ll get back to you. 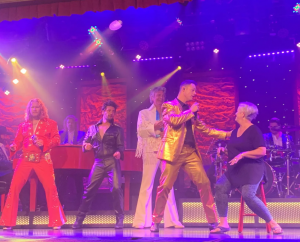 Grand Country recently had the pleasure of hosting model Victoria Henley, sent to Branson as part of a tour with iHeart Radio and CTFFashionMag.com. Victoria